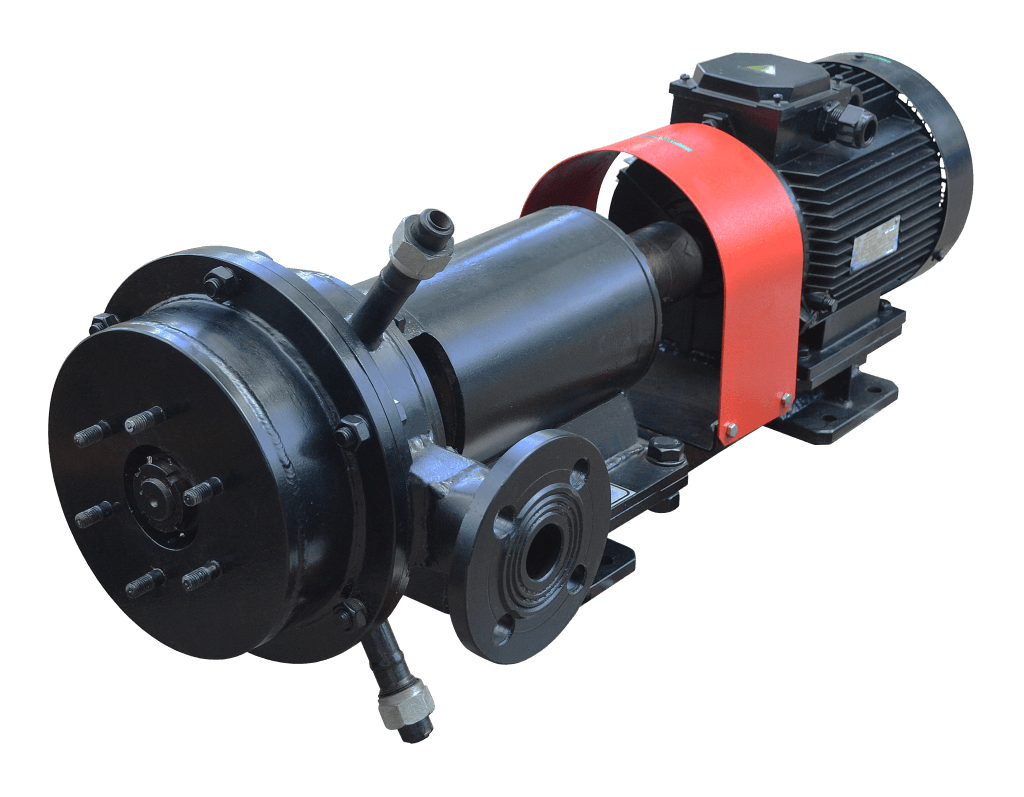 The production of colloidal solutions are created by systems in which the particles of one substance are evenly distributed into a second substance.  Usually this requires a solid phase with particle sizes of between one and five microns.  Such a small size of particles provides for a considerable specific surface of the dispersed phase and for stability of the colloid system while preserving the specific characteristics of the substance.  A special machine, known as a “colloid mill” is used to grind down a “disperse phase” to “superfine” particles during the production process.

At the beginning of the last century, engineers discovered that in the course of superfine grinding, solid particles do not crack in grinders, but are exposed to “fatigue destruction” instead.

It has been established through experimentation, that the most efficient way to obtain a finely ground material is to expose it to relatively weak, but high-frequency forces.  All colloid mills that perform wet-grinding are based on the principle of high-frequency weak loads.

The first colloid mill for industrial purposes was designed in 1920 by a German named Hermann Plauson who had designed bitumen and tar emulsions  for road pavements.  A vertical-type colloid mill by Plauson and its various offspring feature impact disintegrators.

A typical colloid mill, that was developed by Plauson, consisted of a steel jacket in which a disk cam with fixed claws rotated at a speed of between 10,000 and 20,000 rpm.  The  internal surface of the jacket also had some claws.  The previously prepared suspension was supplied to the colloid mill from the top.  The disperse phase was ground due to the impact loads (the claws of the disk cam and the claws inside the body), influenced by intensive cavitational processes and as a result of the mutual wearing of the particles.  The ready product was discharged at the bottom of the mill.

Modern colloid mills made by Plauson are used to produce different types of emulsions as well as  to homogenize the product.

It should be noted that the raw material should be supplied to a mill at a low rate to maintain the greatest possible difference between the rate of the suspension supply and the rate of the impact claw motion.

Colloid mills with a smooth rotor (shape of a flattened cone) that rotates at a small distance (0.1-0.5 mm) from a thoroughly polished stator are widely used in today’s modern industrial world.

The rotation velocity of a rotor in laboratory colloid mills ranges from several thousands to ten of thousands of revolutions per minute.  The size of the components of a disperse phase is determined by the size of the gap between the rotor and the stator and the rotation velocity of the rotor.  The smaller the gaps, the higher the dispersion will be of the solution.

Another type of colloid mill is a mill in which the rotor and the stator are placed at a small distance from each other and feature a surface with claws.  In such colloid mills, particles moving from the cuts of the rotor to the cuts of the stator create their own high-frequency vibrations that resemble ultrasound vibrations that facilitates their grinding to the size of one micron.  This type of colloid mill is characterized by its versatility and enjoys wide popularity in the world wide market.

The CLM colloid mills available from GlobeCore can be easily integrated into your production process!

This website uses cookies to improve your experience. We'll assume you're ok with this, but you can opt-out if you wish. Read More

This website uses cookies so that we can provide you with the best user experience possible. Cookie information is stored in your browser and performs functions such as recognising you when you return to our website and helping our team to understand which sections of the website you find most interesting and useful.

Strictly Necessary Cookie should be enabled at all times so that we can save your preferences for cookie settings.

If you disable this cookie, we will not be able to save your preferences. This means that every time you visit this website you will need to enable or disable cookies again.